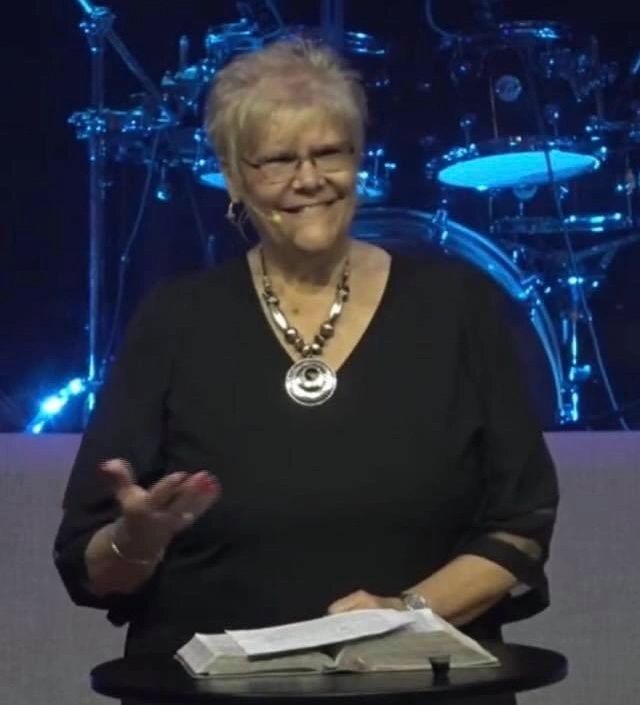 Feel free to pour a nice hot cup of coffee or tea. Grab your bible, your journal, your prayers and sit here with me - in this quiet place.  Let's pour our hearts out and share one another's burdens.  Together lets learn how to walk in His Word and not in the world.

Let's get to know HIS Peace.

Take me to your word

On any given day at any particular moment you can find me in my quiet time chair or at my desk - reading and/or writing. It is my passion. It is my happy place. It is my healing place. Mostly though, it is my Holy place.  It is where I go every single day to sit at the Master's feet.

I grew up knowing Jesus was Lord and Savior. I just didn't realize how much I needed Him until I was 21.  As I knelt beside my bed and  begged HIM to forgive me of my sins and save me from the hell I was surely headed towards, He didn't just save me, He became the Lord of my life that night.  I have walked with him every day since.  This ministry is all about that walk and how He continues to teach me how to walk in the WORD and not in the world.  It is also about how others have learned to do the same.

I'm passionate about women's ministry. Give me a bible and 6 women sitting around a kitchen table studying the Word together and I am perfectly content. Whether I'm with a crowd of 100 or table of six, sharing Jesus is my heartbeat!

I'm glad you are here.  My desire is that we share the revelations of our Lord with each other.  Take me to Your Word  is not just a blog it is the place I ask Him to take me to every day.  He is faithful to do just that.  That is where I will share my findings from His treasure.

Now let me talk about the most important human beings in my life!  Ray!  The love of my life and the one to whom I've been married now for 37 years!  You will hear a lot about him.  BEST. MAN. EVER!!!  We were blessed with Mark - our son - BEST. SON. EVER!!!  He is married to Tina - BEST DAUGHTER IN LOVE EVER!!!!!  God has richly blessed us with each other for which I am most grateful.

As  you explore this site, you will quickly see that I write and teach bible studies, (in person and online). Ray and I also have a marriage mentoring ministry. We have been blessed to mentor hundreds of people in learning to do marriage God's way.  You can find out more about that on the Husband and Wife page.  We believe that so goes the family, so goes the church and the country.

In many ways I feel my journey is just beginning.  I am inviting you to come with me as we seek the happy, the healing, and the holy - together.

Jesus Christ is Lord.  There is one way to heaven.  No one comes to the Father except through the son. He is the way the truth and the life.

In the beginning, God created the heavens and earth.   Genesis 1:1

The WORD became flesh and made HIS dwelling among us. We have seen HIS glory, the glory of the one and only SON, who came from the Father, full of grace and truth.  John 1:14

For God so loved the world that He gave His only begotten son, that whosoever believes in HIM should not perish, but have everlasting life  John 3:16

The bible is the story of God and His created.  We are His created.  Man sinned against God and God has pursued the heart of  man ever since.  God the Father, God the Son, and God the Holy Spirit - the triune God has spoken to man from the very beginning.

In these last days He has spoken to us by His Son, whom He appointed heir of all things, and through whom also He made the universe. The Son (Jesus) is the radiance of God's glory and the exact representation of HIS being, sustaining all things by HIS powerful word.  After He had provided purification for the sins, He sat down at the right hand of the Majesty in heaven.  Hebrews 1:2-3

Man was eternally separated from God when he sinned against Him (willfully disobeyed). "But God demonstrates his love for us in this: While we were still sinners, Christ died for us".  Romans 5:8

When we accept that gift of grace and truth, ask forgiveness for our sin, and  trust Christ as Lord and Savior we have the promise of eternal life in HIM.

Jesus came to this earth having been born of the Virgin Mary . He lived,  was crucified, and resurrected on the third day.   He ascended into heaven where He is seated by the right hand  of God.  He is coming back  one day.  Until then, He  instructs believers to go and make disciples of all nations, baptizing them in the name of the Father and Son and Holy Spirit, teaching them to obey everything He has commanded.  Matthew 28:19-20

It is my intent to share messages of hope, truths for healing, and revelations from the Holy One through the ministries you will find here.  Whether it is a particular bible study you seek, a marriage or relationship challenge, or just a need for encouragement, you are in the right place.

Feel free to contact me with any questions.  If you have suggestions for bible studies, feel free to put in a request.

I speak and teach at events as well as online.  Feel free to reach out for details.

Some of my favorite studies are :

The Husband and Wife Book. While this class is done for couples, I also use the same material and teach classes for women only - fondly known as "The Wife Class"

Genesis...The Connection - the key to understanding the entire bible.

Praying through the Psalms

Sermon on the Mount

Following Israel through the Bible  - understanding how the bible is one continuous story . This is a year long walk through the bible.

My favorite part of this website is the "Take Me To Your Word" blog.  It is a safe place.  a healing place, a holy place, and very much my happy place.

Feel free to pour a nice hot cup of coffee or tea. Grab your bible, your journal, your prayers and sit here with me - in this quiet place.  Let's pour our hearts out and share one another's burdens.  Together lets learn how to walk in His Word and not in the world.

Let's get to know HIS Peace.

Information about the study and a link to the book on Amazon.

Get 10% off your first purchase when you sign up for our newsletter!